It is a common misconception that the US is an expensive place to live in. Keeping in mind the income to expense ratio, there are a ton of things that are cheaper in the United States than in India. When packing for a long stay in America, it is best to utilise your luggage weight allowance for items that are either extremely expensive or cannot be found there.

Items to Pack for a Long Stay in America 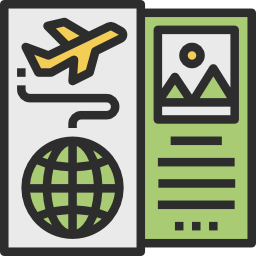 Clothes are generally cheaper in the United States and also better in quality than their Indian alternatives, in the same price range. It is advisable to pack clothes, including undergarments, for about 2 months. In the meantime, you can figure out which brands suit your budget and style over there.

If you plan to stay during the winter season, carry only one or two of your heaviest jackets from India. Winters in America are very harsh in some parts and your jackets from India may not withstand the cold. Also, winter clothes are cheaper and heavier in the United States.

Pressure Cooker – Carry a good quality pressure cooker, preferably a new one, for cooking rice, dals and other Indian dishes. Cookers are bulky and if your luggage does not allow you to carry one, find alternatives at Walmart.

Kadhai or Wok – You can find these in the United States but it is safer to carry one for your initial days.

Rolling Pin – While these are available in America, they have a slightly different design that you may not have practice with. If you make chappatis often, it is best to carry an Indian style rolling pin or belan.

Spices – You can find Indian spices and masalas at Indian stores but they aren’t always as good and are also considered a novelty and are hence expensive.

Rice – According to the US Customs and Border Protection prohibitions and restrictions on items allowed to enter the country, if you are carrying rice, you may be asked to open its container and get it inspected for insects. It is advisable to not carry rice from India to avoid any trouble at the airport.

Ready-to-eat Items – For the first few weeks, when you are busy setting up and adjusting to the foreign environment, it will help to carry a few ready-to-eat meals with you.

If you are a student or an office goer, stack up on all the stationary you will be needing. Stationery, except notebooks, is relatively expensive in the United States. 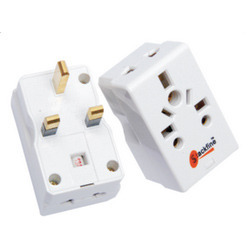 Laptop – Most people in the United States work prefer, Apple thus if you have a MacBook, carry it along. If you do not, don’t worry, laptops are pretty cheap in the US.

Hard Drive – You will get plenty of cheaper alternatives in the United States, but carry yours with all its data, since you won’t not have the liberty of free downloading in there.

– For all your rechargeable electronics from India, you will need a plug convertor with pins that are suitable for American sockets.

When in doubt about a particular item, check its general pricing online and compare, before making a decision. Packing requires more than just a checklist, it requires a strategy. Read tips for packing light so you can accommodate more items in your luggage weight bracket.