An article in USA Today stated that a survey of 1,200 tour operations in India, conducted by the Associated Chambers of Commerce and Industry of India, revealed that the percentage of inbound tourists dropped by 25% in December 2013. Many of the tour operators involved also reported that they received emails from tourists asking if India was a safe country to travel to.

Having said that, it is also worth noting that in a Country-wise Crime Index for 2017, released by Numbeo, India stood at #52, while the United States was at #44! So, India might not be the safest country to visit, but if you’re worried about falling prey to unscrupulous minds, you’re might be safer here than in America.

India may not be as high up on the crime index as the United States but there are other factors that a traveler should keep in mind since even minor inconveniences can ruin your time in a foreign land. 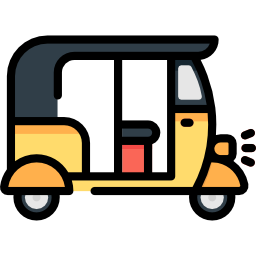 Things to Beware of When in India

According to India Brand Equity Foundation, “Tourism in India accounts for 7.5 percent of the GDP and is the third-largest foreign exchange earner for the country.” When an industry is such a significant one for a nation, it is bound to have a few ill-practices being conducted to maximize gains.

Americans are easy to spot as tourists and are often targeted and cheated, due to their lack of knowledge. For example, if you’re unaware of the regular taxi fare in a particular city, you might end up paying double what is reasonable. Or in places like Rajasthan, tourists are often fooled into buying unauthentic craft items at very high prices. Read how to avoid being scammed in India before you land.

Foreigners get a lot of attention in India. You could be asked to be photographed with, be followed by little children in the village, or be constantly stared at. Most of these people are merely curious and mean no harm. However, men staring can be an uncomfortable experience for female travelers.

It is best to ignore them or if they do not look hostile, simply respond with a smile and move on. However, if you are not comfortable with it, you have the right to say no to being photographed with someone. Refuse, simply and firmly. Read more tips for women traveling to India on National Geographic.

Women traveling to India need to be addressed separately, keeping in mind the gender bias that is ingrained in the daily life of most countries. The most important and also the most frequently discussed is the topic of what women travelers should wear in India.

As a rule of thumb, always dress modestly and do not show too much skin. You can add layers to your attire to cover up and look trendy at the same time. Also, avoid wearing fitted and translucent clothes. Women are also advised to not go out unescorted after dark.

India is a land of adventure and mystery, and you can’t expect to solve all the mysteries without facing a few dangers, right? The Ministry of Tourism, Government of India, advertises with a Sanskrit saying, “Atithi Devo Bhavah,” which translates to “Guest is God.”

Given that Sanskrit is one of the oldest languages in the world, India has regarded hospitality as service to God for a very long time and you will not be disappointed.